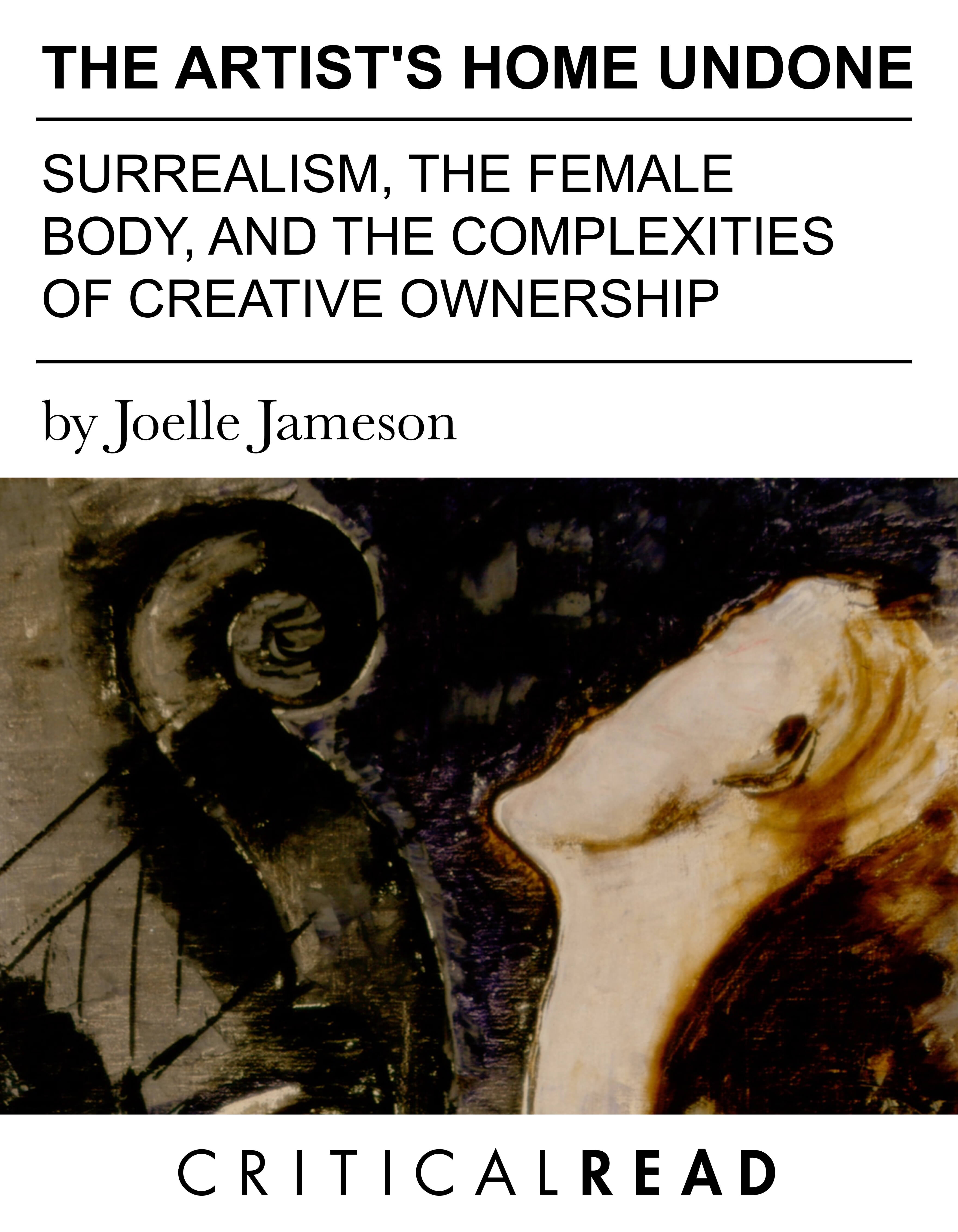 Elizabeth “Lee” Miller lives at the heart—and the lips, neck, and eyes—of some of the most famous works by Man Ray. As his apprentice, collaborator, lover, and muse, she often posed for him at the Paris studio that the two shared during their romantic relationship, which lasted from 1929 to 1932. Man Ray’s photography from this era made Miller’s face and body world famous. Yet one photograph in particular nearly didn’t survive: 1930’s Neck is a haunting view of Miller’s profile craning from the side, neck and face forming one ethereal, phallic column slanted against a void. Miller fished the negative out of the trash moments after it was discarded, and developed it in the same session, employing the bold cropping method she had learned from Man Ray to make a striking final product. Then she informed him that she was claiming it as her own work.

In The Artist's Home Undone writer Joelle Jameson explains that "as we grapple with the question of what to do with the art of men who hurt women, it’s instructive to sit with Le Logis de l'Artiste and its depiction of a literal altar to male genius—a concept that individuals and institutions still fight fiercely to preserve."